Who takes care of mom and dad in the nursing home? In N.J., the answer can be scary.

We were interviewed in connection with the Newark Star-Ledger’s July 15th investigative report on “Who Takes Care of Mom and Dad in the Nursing Home.” You’ll find that he quoted from our conversation in detail. Beyond that, it’s a good reminder that what happens in the nursing home usually stays in the nursing home, to the great prejudice of the resident’s care.

“Staffing shortages like those described in the article are often at the root of litigation alleging negligence or malpractice.”

Thank you Ted Sherman of the Star-Ledger.

These New Jersey Nursing Homes are already classified as a special focus facility.

To read an overview of the study visit NJ.com. View the entire study to see the entire list of problem-plagued facilities.

The New York Time reports that “most nursing homes had fewer nurses and care-taking staff than they had reported to the government for years.

Skilled Nursing News published an article that highlights findings from the Long-Term Care Community Coalition (LTCC) on antipsychotic drug use in nursing homes, finding little change since the non-profit last tackled the subject. In some cases, the group found that nursing home residents were being diagnosed with schizophrenia later in life when “you don’t come down with that in your 90s.” The reason is so that residents can be given the drugs with relative impunity.

Another study quoted in the article states that Human Rights Watch found that “179,000 people in U.S. nursing facilities are inappropriately given anti0psychotic drugs.

CNN published an investigative report and data analysis which shows how the pill Nuedexta is being “increasingly prescribed in nursing homes even though drugmaker Avanir Pharmaceuticals acknowledges in prescribing information that the drug has not been extensively studied in elderly patients.” The report goes on to state that “voluntary reports with the FDA, Nuedexta has been listed by caregivers as a potential cause of side effects and harm ranging from falls to death.”

The CNN story contents that “Neudexta’s financial success, however, is being propelled by a sales force focused on expanding the drug’s use among elderly patients suffering from dementia and Alzheimer’s disease….” The only approved use the pill is for PBA (pseudobulbar affect) which is a disorder which has an uncontrollable crying or laughing as a symptom. While a rare disorder, there has been a 400% increase in prescriptions alongside another finding that “nearly half the Nuedexta claims filed with Medicare in 2015 came from doctors who had received money or other perks from the company.”

If nothing else, the CNN story demonstrates the need for caregivers to closely monitor the medications given to elderly patients and to ask questions regarding the validity of any diagnosis.

NRP report on an alert released by the Office of Inspector General in the U.S. Department of Health and Human Services that 25% of serious cases of nursing home abuse is not reported to the police.

In 2015 and 2015, investigators found “134 cases of abuse of nursing home residents severe enough to require emergency treatment. The vast majority of the cases involved sexual assault.”

Nursing home neglect and abuse is a serious problem. Any cuts to Medicaid or to the Departments of Health have dire consequences for nursing home residents. Conditions will only get worse unless we care.

The Elder Abuse and Prevention Act has a good chance of becoming law this year according to its’ key sponsor, Senate Judiciary Committee Chair Chuck Grassley. It is a good step for all states to follow in the steps of California’s comprehensive Elder Financial Abuse protections. Other bills to further protect seniors from Financial Fraud are also pending in the House and Senate. 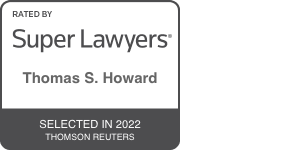 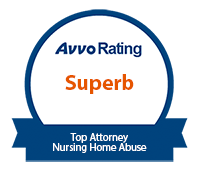